A LOCAL CULINARY RETREAT IN THE BEAUTIFUL
MANCHESTER VILLAGE

Living off the land is a matter of course in Vermont.  Our chef sources ingredients from local farms to create a menu of familiar yet inimitable fare. Beverages at Copper Grouse incorporate mostly American wines, craft-brewed beers and many local spirits, including one of our favorites: whiskey. Our cocktails are anchored in classics, and are often influenced by American history or literature. Service is as warm and thoughtful as the ambience, so you’ll always feel you’re right where you belong. 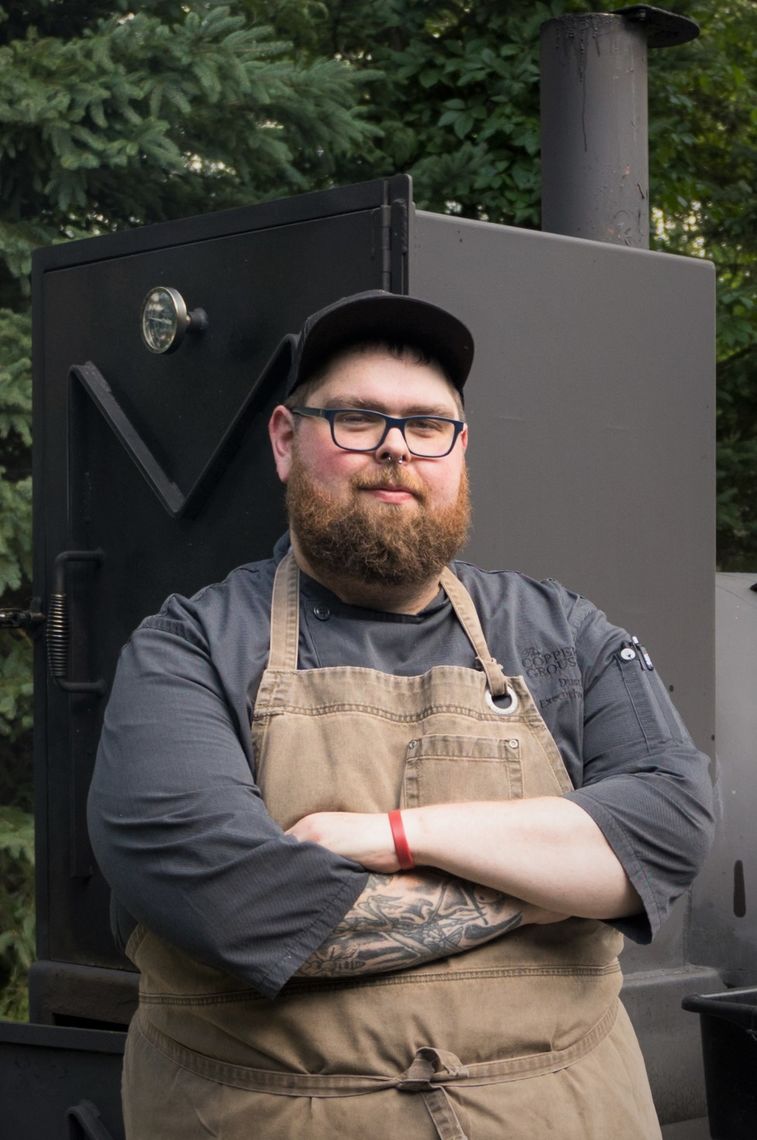 Executive Chef Dustin JohnsonThough he was born and raised in Vermont, Chef Dustin's mother hailed from Otto, North Carolina and influenced his interest in southern cuisine.

After attending New England Culinary School he moved to Stowe to pursue his passion for cooking. There, Chef Dustin worked at the Trapp Family Lodge and ran the kitchens as Executive Chef at both the Bistro at Ten Acres and Prohibition Pig, learning more about southern cooking and BBQ. He also earned the Food and Wine Magazine Award for Best Barbeque in Vermont in 2020.

He next headed to Charleston, SC, sharpening his skills in the kitchen while working at Husk and with notable Chefs Travis Grimes, John Lewis and Jamie Lynch.

When Chef Dustin was offered the chance to return to the motherland and take the helm of The Copper Grouse, he jumped at the opportunity.

Discover the treasure trove of local farms found all around Vermont (as well as New Hampshire and Pennsylvania) that make
farm-to-table fare at The Copper Grouse possible.